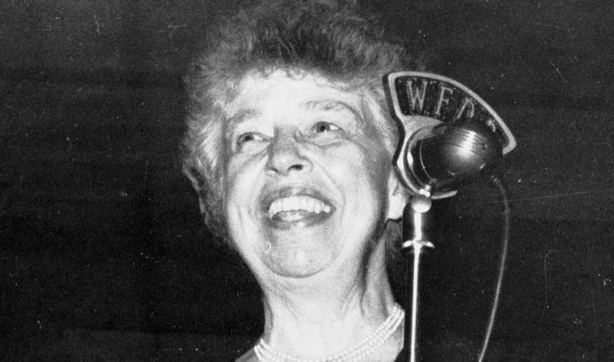 Getting it right for you when you’re presenting Recently I read an inspiring book about Eleanor Roosevelt. She is best known as the First Lady of the United States in the 1930s and 1940s. She was also a human rights activist who played an important role in the creation of the Universal Declaration of Human Rights. But that wasn’t all - the list is almost endless. She wrote columns. She was a teacher at a school for girls. She chaired many committees on women’s rights. And she was a much respected public speaker.

By her own admission public speaking was a skill she had to learn. Particularly after her husband, Franklin D Roosevelt, contracted polio and was paralysed from his waist. As a result she often had to make public appearances on his behalf. Unfortunately few of her public appearances and speeches were filmed. You can only find little bits and pieces on YouTube, like an interview with Frank Sinatra. What struck me when I was watching those clips was her warm and endearing smile. How was this important for her public appearances and speeches? And what can we learn from this when we present?

It’s often said that the eyes are the mirror to the soul. But I believe a smile plays an equally important part, a genuine smile that is. By smiling, you seem relaxed and confident. It shows your listeners that you are pleased to have the opportunity to share your ideas with them. And that you are interested in them.

Eleanor Roosevelt’s genuine smile made her such an endearing speaker. It gave a personal touch to the many valuable lessons she shared with us.

Of course it’s that genuine bit that is the crucial part. And that also applies to us as speakers. Apart from a clear message and a killer structure another crucial part of Public Speaking is the appearance. It’s the body language, facial expressions, gestures. Contrary  to what most people think it’s not about getting it right. Instead it’s about getting it right for you. It has to be a natural by-product of the unique thoughts and feelings you’re expressing. For instance I’m very energetic on stage, particularly with my arms. Rather than curtailing it - I use this purposefully as an asset for my presentations.

Don’t try to hide your personal touch, or even worse, apologise for it. Instead, as Eleanor Roosevelt reminded us:

“Remember always that you have not only the right to be an individual - you have an obligation to be one. You cannot make any useful contribution in life unless you do.”

Eleanor did this with her smile, but what makes you unique? How can you use your personal touch as an asset during your presentations?